On a cool October evening, Capuchin Franciscan Friars gathered in the chapel of St. Lawrence Seminary in Mt. Calvary, Wisconsin to celebrate the Transitus of St. Francis, a unique Franciscan tradition that commemorates the “transition” of St. Francis from his earthly life to his heavenly reward.

First, as the lights were dimmed in the chapel, two rows of Franciscan priests and brothers processed in a slow silent procession, holding lighted candles.

The service itself was based on several biographical accounts written by St. Francis’s medieval contemporaries outlining the major turning points in the life of the saint. The congregation responded to the short readings with hymns and psalms. Usually these were sung as a congregation, but after the reading describing the death of St. Francis, a small schola (choir) of six staff members ranging from some of the oldest to some of the youngest on staff sang acapella the beautiful Psalm 142.

One of the readings described how, just before St. Francis died, he distributed bread among the assembled friars. In a similar way, bread was shared with all those in attendance at the ceremony. The choir concluded the ceremony with a beautiful rendition of “The Blessing of St. Francis.”

In contrast to the simple, somber mood of the evening Transitus, the next day (the Feast of St. Francis) had a more upbeat feel. Mass was celebrated by Fr. Zoy Garibay, rector-president of St. Lawrence Seminary. In his homily, Fr. Zoy recounted some of his favorite St. Francis stories. Among others, he retold the story of the Cross of San Damiano. While in the dilapidated church of San Damiano near Assisi, St. Francis heard the crucifix tell him to “…rebuild my church.” At first, St. Francis took this instruction literally, but later he began to realize that it was meant figuratively – it was not a single physical church that needed rebuilding, but the whole church which needed rebuilding through a movement of spiritual cleansing.

The annual celebration of the life and death of St. Francis helps all Franciscans around the world to remember the founder of their order, and to recommit themselves to his way of life of humble service that they also have embraced. This is especially important at St. Lawrence Seminary, because the school’s mission statement begins with these words:

Inspired by the Gospel of Jesus Christ and the example of St. Francis of Assisi, St. Lawrence Seminary provides a residential college preparatory education in a living Catholic community nurturing mature, well-rounded men of faith, who prepare for a life of ministry as priests, religious and lay leaders in the Church and world. 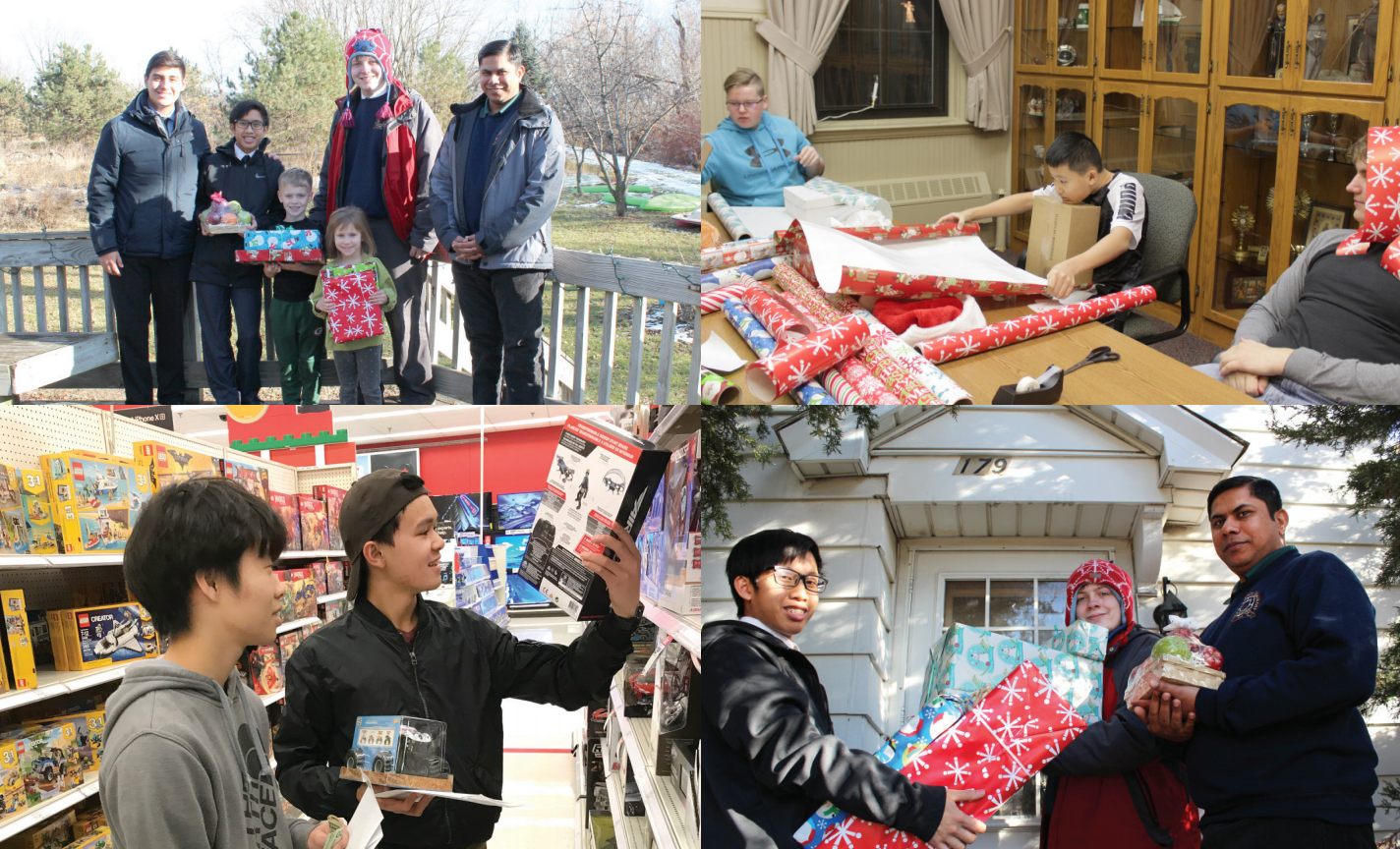 What Our Students Did During Winter Break 2019
This entry was posted in Residential Life & Co-curricular Activities on October 16, 2019 by Francisco Sauceda
Previous post
Next post