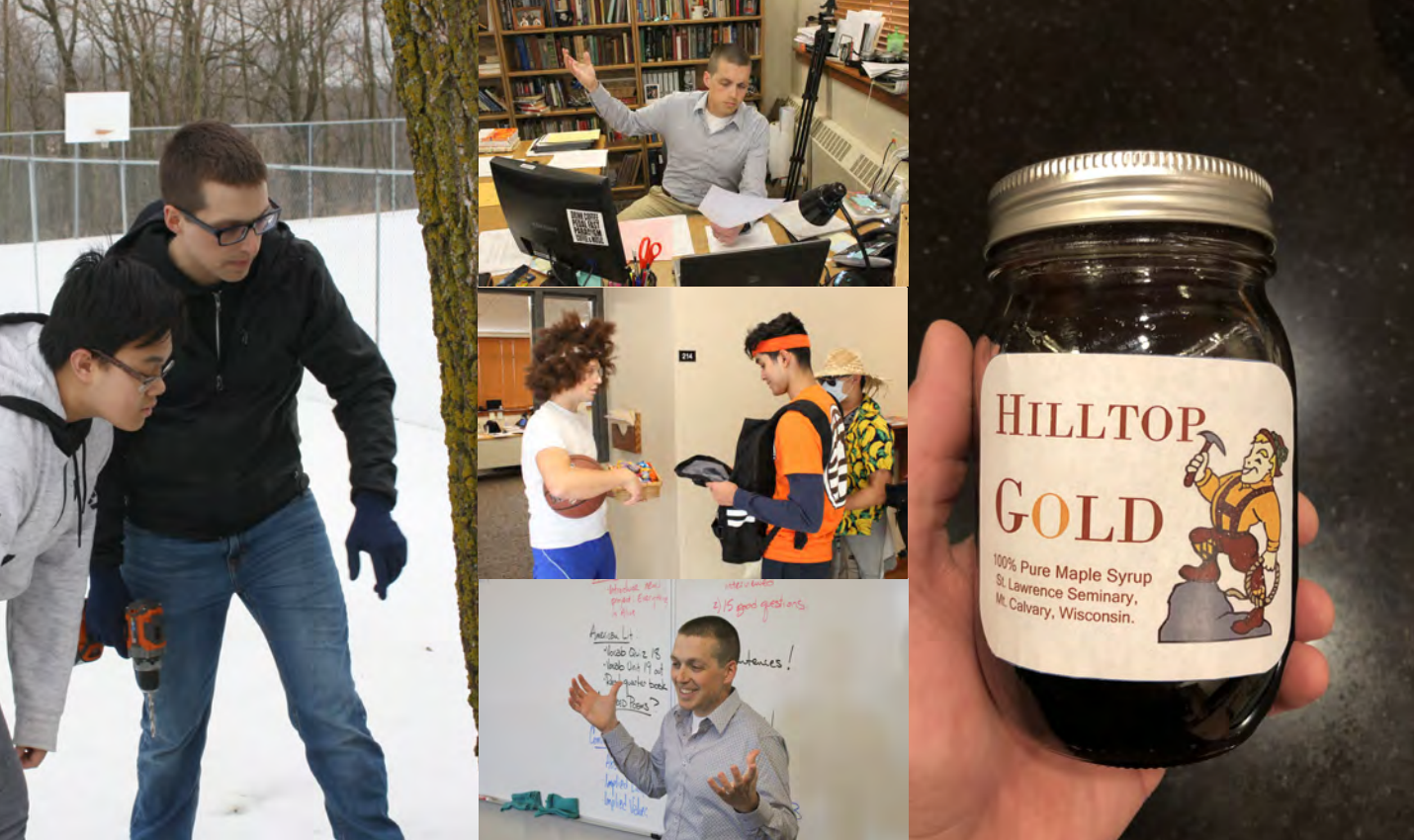 Students passing through St. Joseph’s Hall are bound to run into Mr. Anthony Van Asten on the second floor. He has a very happy and jocular personality. Mr. Van Asten teaches Speech, Communications and Junior English. He is also an alumnus of SLS. He arrived as a freshman in 1997 and graduated in 2001. After he graduated, he attended the University of Wisconsin-Madison and majored in English Literature and Religious Studies. Later, he went to Marquette to receive his master’s degree in Educational Policy and Leadership.

This spring, Mr. Van Asten started the Maple Syrup Project. Students who joined learned how to tap the maple trees and cook the tree sap down to maple syrup. They were able to produce many jars of Hilltop Gold, 100% pure maple syrup, to enjoy with friends and family.

Why did you come to SLS as a student?

“I had many roots here at SLS. My mother taught here and my brother also came here.”

Why did you come back to SLS as a teacher?

“I felt like I owed something to St. Lawrence. So when I had the opportunity, I jumped at it. My original plan was to stay for four years, but the benefits were really good."

What was your favorite thing about St. Lawrence as a student? As a teacher?

“I think my favorite thing was the community. The community of staff and students. You could get help from teachers and classmates easier than anywhere else. I really appreciate the spirituality of this community. I didn’t realize it at the time, but it’s been great. It’s been spiritually enriching as a teacher. It’s not the same kind of spiritual support as other places or schools."

What is the biggest change you see in St. Lawrence since you were a student?

What is your favorite thing about teaching?

“June, July, and August. Na, I’m just kidding. I like it when a student discovers a passion they have or a thing they have. That’s my favorite part."

Why did you start the Maple Syrup project?

“I saw Doc (Doctor Gereon Welhouse) at the Christmas Concert and I brought up the idea with him. We used to do it as students. It helped me get out into the woods at a different time of year. Syrup is a cool product that students can make and share."

Is there anything you would like to say to your students?

“I guess this sort of lines up with maple syrup. There is a whole lot of awesome ways people make a living. Students should never stop finding their own passion.” 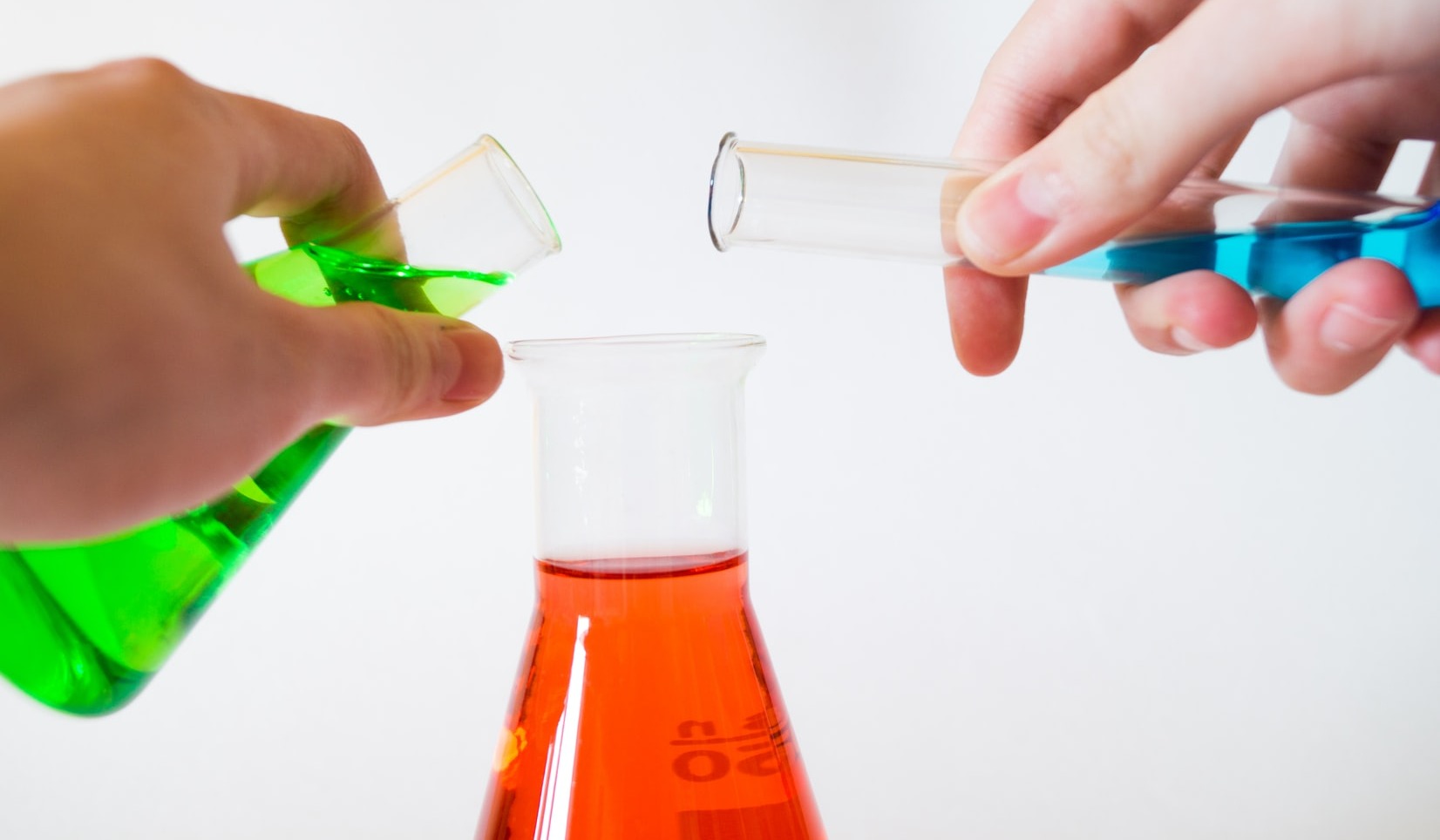 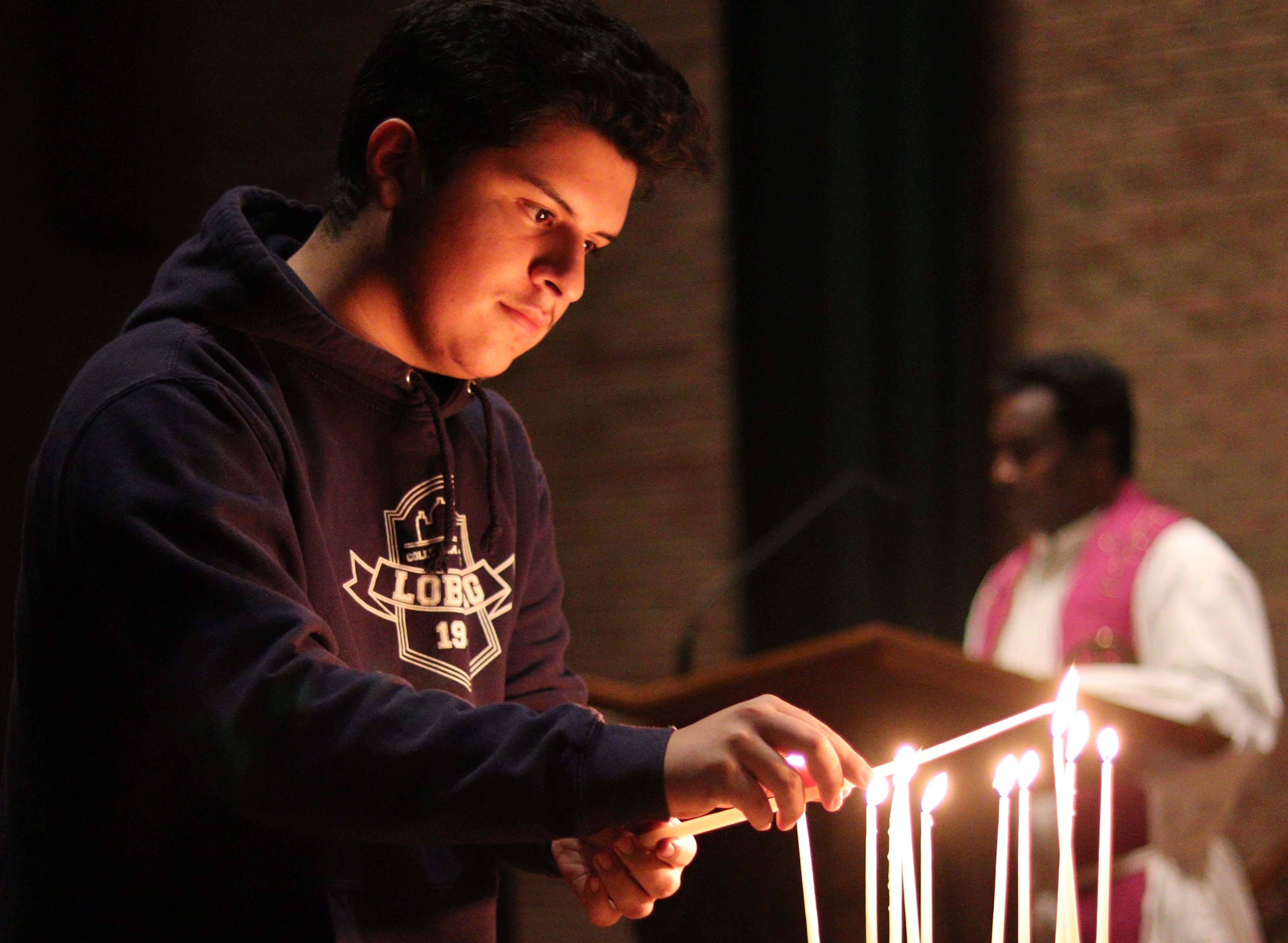 Why Seminary Schools Build Men of Faith
This entry was posted in Academics, Student Blogs on November 12, 2019 by Andrew Tran
Previous post
Next post