“I have competed well; I have finished the race; I have kept the faith. From now on the crown of righteousness awaits me, which the Lord, the just judge, will award to me on that day and not only to me, but to all who have longed for his appearance.”
Saint Paul wrote this beautiful passage near the end of his second letter to Timothy. Paul was being held captive in Rome when that letter was written. Facing the imminence of death, Paul reflects on his life and work. Timothy, Paul’s friend and traveling companion on his missionary journeys, was confronted with many difficulties and Paul wanted to offer him guidance and encouragement. It is a powerful letter replete with love, wisdom, and hope.
I first encountered this passage at a graduation ceremony in the high school seminary in the Philippines, which I attended twenty-seven years ago. I was a freshman then and the seniors, who graduated that year, chose this passage from the New Testament. These words adorned the background of the Chapel, where the ceremony took place. I took to these words immediately and they served as inspiration and guide to me ever since.
These words came to mind as I reflected on the recently concluded Hilltopper Cross Country Invitational. Students from 19 schools in the region—including our own varsity team—came and competed in this event. It was a tough race. The course was daunting. The heat was grueling. Many competed well but a few runners collapsed. Others persisted and finished the course—some with medals and trophies to bring home, still others with nothing but the honor of having conquered “Big Bertha.”
The words of Saint Paul could not have been timelier. Life can also be likened to a race, where we are expected to run the course and compete—not so much against one another but more so against ourself. In the course of life, our mettle is tested. Sometimes the road we take may seem like an uphill climb, or that the heat we feel threatens to stop us. Even then we should not let those overcome us, nor should we let laziness, pessimism or fear get the better of us. Instead, we must learn to persevere, to remain hopeful, and to take courage.
We must keep in mind that we are not alone in this race. There are people who either run the race with us, encourage us, or wait and cheer for us at the finish line. They are our family, our friends, our teammates, our coaches, our teachers and classmates—those who love us, believe in us, and support us along the way. As we continue our journey into this academic year, I would like to offer these immortal words of Saint Paul and the image of a race to serve as both an inspiration and a guide for all of us. May the Lord give us all the grace and courage to persevere until the very end. 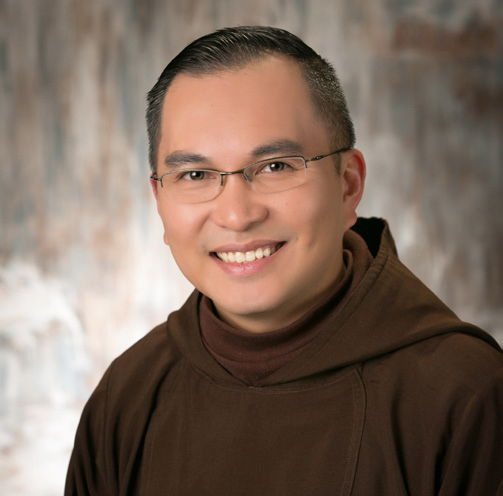 May 2018 Rector's Corner
This entry was posted in Message From The Rector on October 01, 2017 by Fr. Zoy Garibay
Previous post
Next post